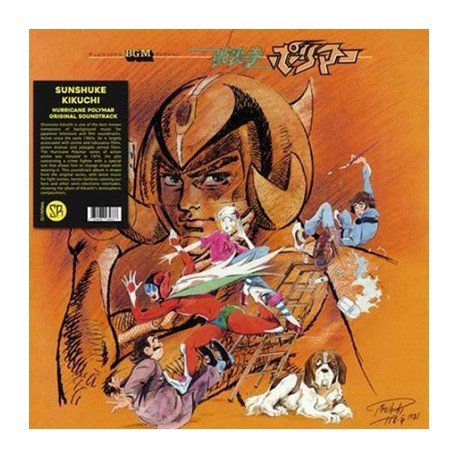 Shunsuke Kikuchi is one of the best-known composers of background music for Japanese television and film soundtracks.

Born in 1931 in Hirosaki, located in the far north of the main Japanese island of Honshu, Kikuchi enjoyed a long and illustrious career that began in the early 1960s, having presided over dozens of popular soundtracks into the new millennium, including those for the 'Dragon Ball' series as well as various 'Gamera' monster films. A graduate of the Nihon University College of Fine Arts and Music, Kikuchi is largely associated with anime and effects-laden tokusatsu films, along with action dramas, and jidaigeki period films. Whether crafting up-tempo action themes or slow background pieces for long-running television series, establishing the reputation that any television show featuring his music was bound to hit. One of his songs, 'Urami Bushi,' from the 'Female Convict Scorpion' series, ended up in the soundtrack of 'Kill Bill'. He is the recipient of various awards, including a lifetime achievement award, granted in 2015 at the Japan Record Awards. The 'Hurricane Polymar' series of action anime was initiated in 1974, the plot concerning a crime fighter with a special suit that allows him to change shape while wearing it. This soundtrack album is drawn from the original 1974 TV series, with all manner of tense music for fight scenes, heroic fanfares saluting our here and other semi-electronic incidental interludes, highlighting the irresistible allure of Kikuchi's atmospheric compositions.