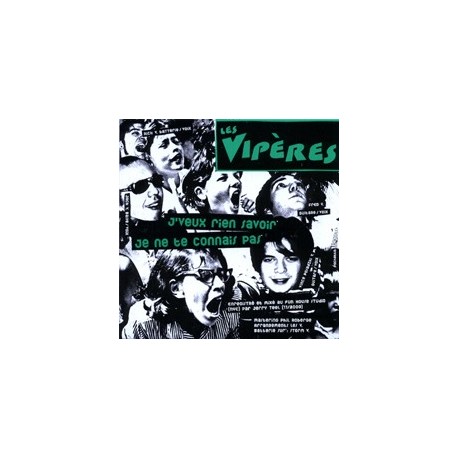 LES VIPERES was a punk'n'roll band from Quebec City. After calling it quit, their guitarist Vince played in the infamous FATALS and is now in THE CHIMIKS & AQUA NEBULA OSCILLATOR. LES DERAILLEURS was another great rock'n'roll band from Chicoutimi, Quebec. After the split their members played in cool bands from Montreal : LES VAUTOURS & LES FUMANTS. LES DERAILLEURS did a reunion show in 2009.