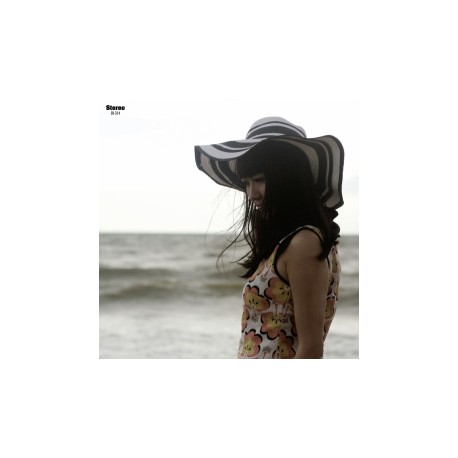 2 Where Do I Belong

4 So Many Years Ago

Edine moves her home base between Hong Kong and London. Known for her band THE MARSHMALLOW KISSES, in the last few years she has also become known for her collaborations with different artists, under the name of TRAMGIRL KARAOKE CLUB. She has worked with people like Maskopet, THE SOUND OF ARROWS and Emilio José, among others. Edine met Lisle Mitnik online in 2005. Lisle Mitnik is one of the most well-known indie-pop figures online, responsible for various albums and singles with his different projects, FIREFLIES, VERY TRULY YOURS and TINY FIREFLIES, in which he navigates through styles like dream-pop, indie, and sunshine pop.

Together they began to share their love for singers like Jane Birkin, Françoise Hardy and France Gall, and producers like Serge Gainsbourg and Phil Spector. In 2011, after 6 years of online contact, they finally met in person in London and decided to work together. Faced with the impossibility of being in a band together because of the distance, they began to share files. Lisle wrote a series of romantic, precious songs to which Edine put her delicate voice. Driven by the beauty of the result, Lisle topped the work off with lush, elegant arrangements that make this limited edition 7” single a small and delicious gem of adorable and refined indie-pop.